About the Isle of Wight Bus & Coach Museum

The Museum has a display of around 20 historic vehicles, transport artefacts, displays, photographs, a tea bar and a shop.

The Isle of Wight Bus & Coach Museum was established in 1997 when a group of enthusiasts, most of whom owned or part-owned a vintage bus or coach, needed collectively to provide for secure undercover accommodation for their vehicles. Initially occupying two IoW Council buildings on Newport Quay, these founder members leased one of the buildings, a former grain store, and established the original Museum which was
open to the public during summer months. The Museum’s collection of vehicles and associated artefacts grew into an impressive display of the Island’s transport heritage.

The Museum collection expanded over the years and outgrew its original Newport Quay home. The need to establish a permanent and secure base was satisfied in 2014 with the purchase of the former Southern Vectis depot, located on Park Road in Ryde.

The building itself is of particular interest, being one of only two former bus garages now surviving on the Island. Built in 1937-8 on Southern Railway land, it is typical of a bus garage of the Tilling era to the design of their architect H.J. Starkey. Many such buildings were constructed but few now survive, following ownership changes in the bus industry.

Whilst not strictly “Art Deco,” Ryde Depot is absolutely original in every respect, being designed as a bus garage and used as such until 2011.

Considerable work was required to adapt the former depot to the role of a Museum for opening to the public at the start of the 2015 season. After further major work, both internally and to the façade adjoining Park Road, the premises were officially opened in October 2016 by the Mayor of Ryde, Councillor Henry Adams.

The Park Road site houses and displays many of the Museum’s collection of buses and coaches which once ran on the Island. Static and operational vehicle exhibits range from an 1880s Stage Coach named “Civility” and a 1934 Dennis Ace through numerous buses and coaches to the youngest acquisition, a 2002 Dennis Dart. Displays include examples of vehicles under restoration, many items of memorabilia, and a vast collection of photographs reflecting the heyday of the Island as a holiday destination.

The Museum is run by an enthusiastic group of unpaid volunteers and new members are always welcome: please enquire at the “Just the Ticket” shop for further details. 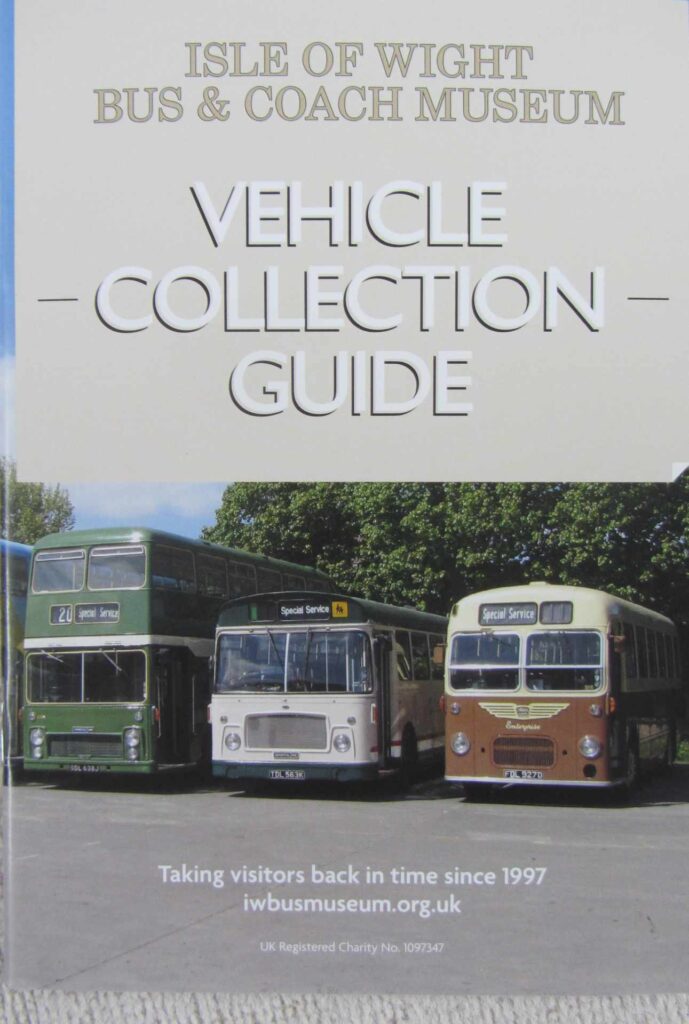 36 page fully illustrated A5 guidebook to vehicles within the museum collection.

Please get in touch if you wish to know details for shipping to Europe, USA, Canada, Australia or other countries.

Isle of Wight Bus and Coach Museum
We use cookies to ensure that we give you the best experience on our website. If you continue to use this site we will assume that you are happy with our cookie policy.OkRead more