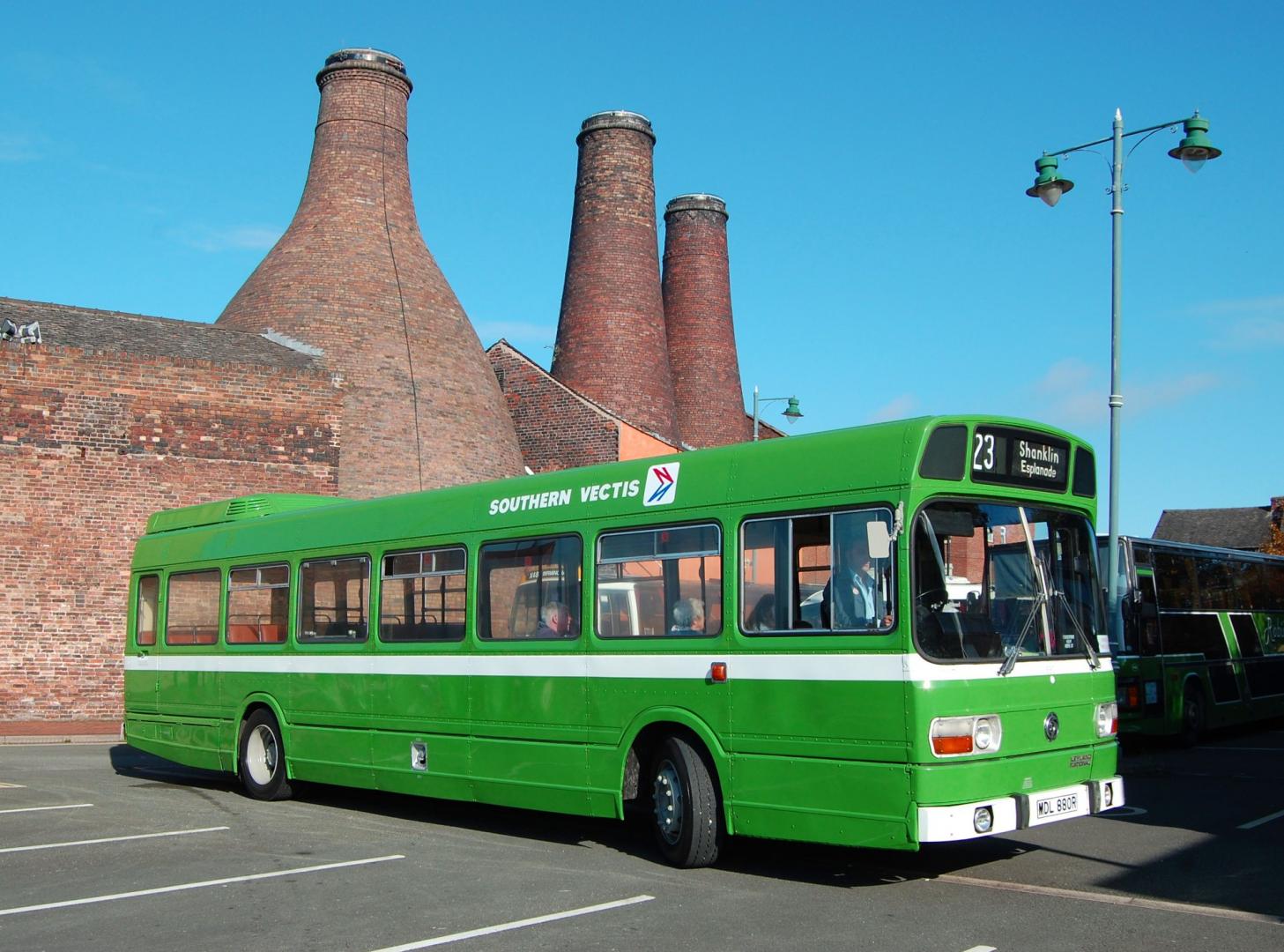 We are pleased to announce that ex Southern Vectis Leyland National 880 (MDL880R) has been re-acquired by the Museum, the purchase being concluded in late November. The bus is in fully restored condition and fills a current gap in our collection.

880 entered service at Shanklin depot in August 1976 and was sold in March 1987. It then passed through various hands, including service with Halton Borough Transport. There was a spell of Museum ownership, but it remained unrestored. Its most recent owner was Dave Wright of Stoke-on-Trent, who completed the restoration work started by Mike Nash. This included a re-trim of the seats in original look tan vinyl and other correct period detail.

880 will provide a direct comparison with Bristol RE 863, as the two types worked alongside each other for several years.

The photograph shows 880 at the Potteries Omnibus Preservation Society’s event at the Gladstone Pottery museum in Longton, Stoke-on-Trent, on 21st October 2018, with the excellent condition of the bus evident. (thanks to Martyn Hearson for the photo) 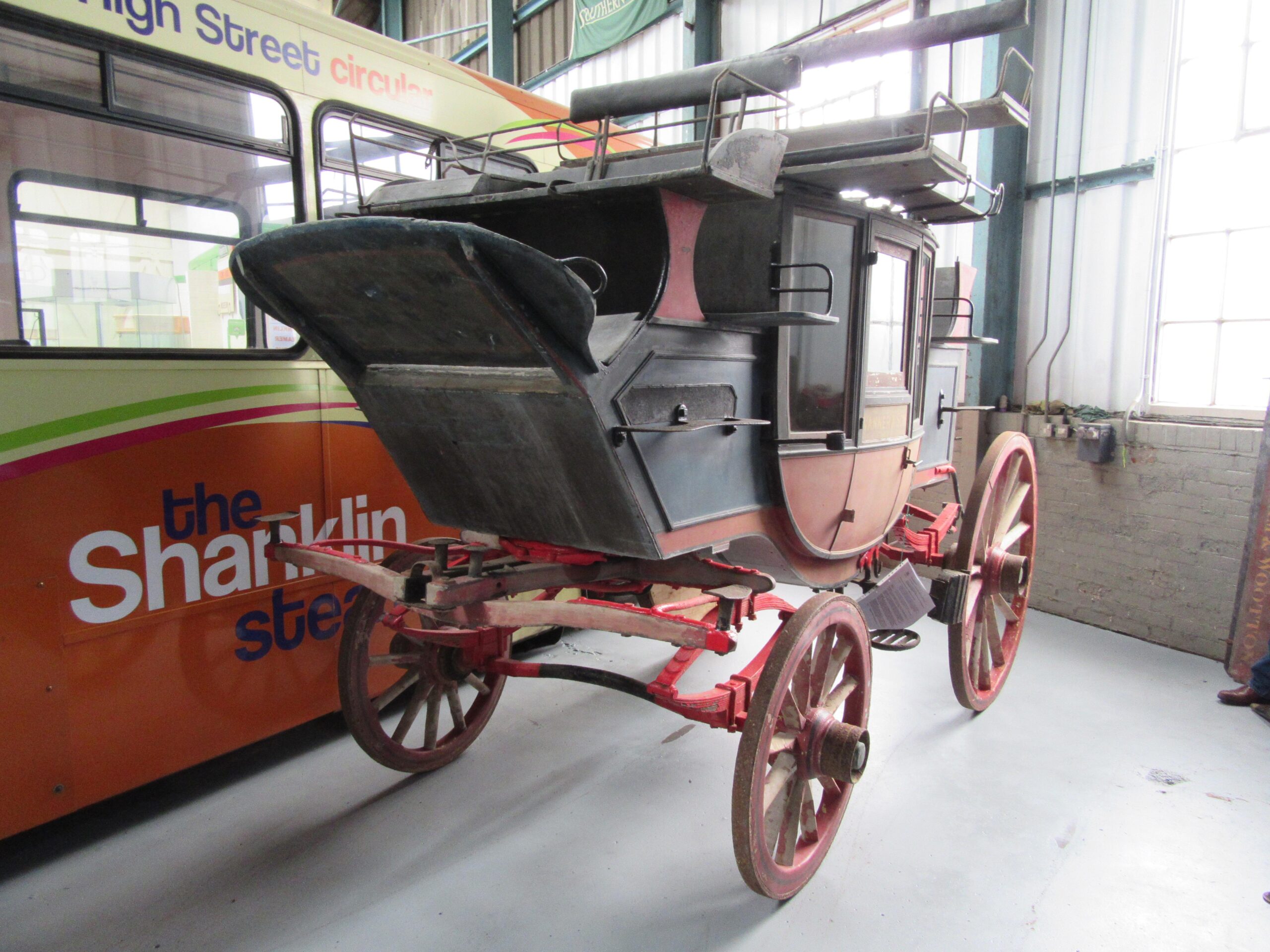 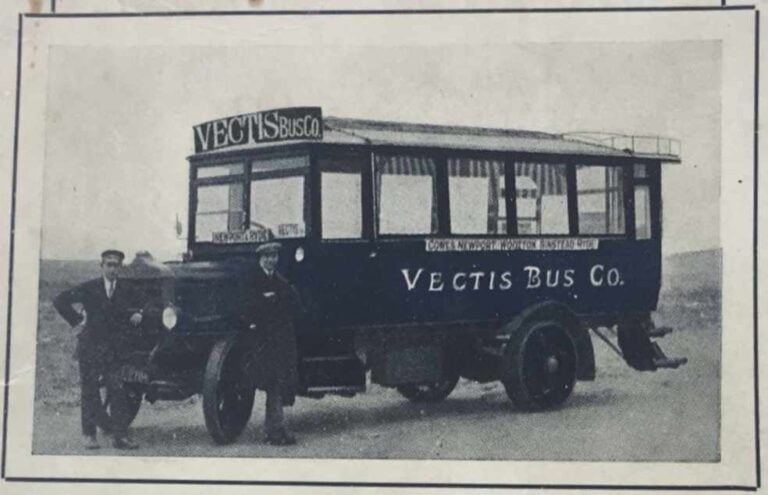 VectisBus 100 Date for your diary 📅 Saturday 9th and Sunday 10th October for our VectisBus100 Event. Over that weekend we will be celebrating 100 years… 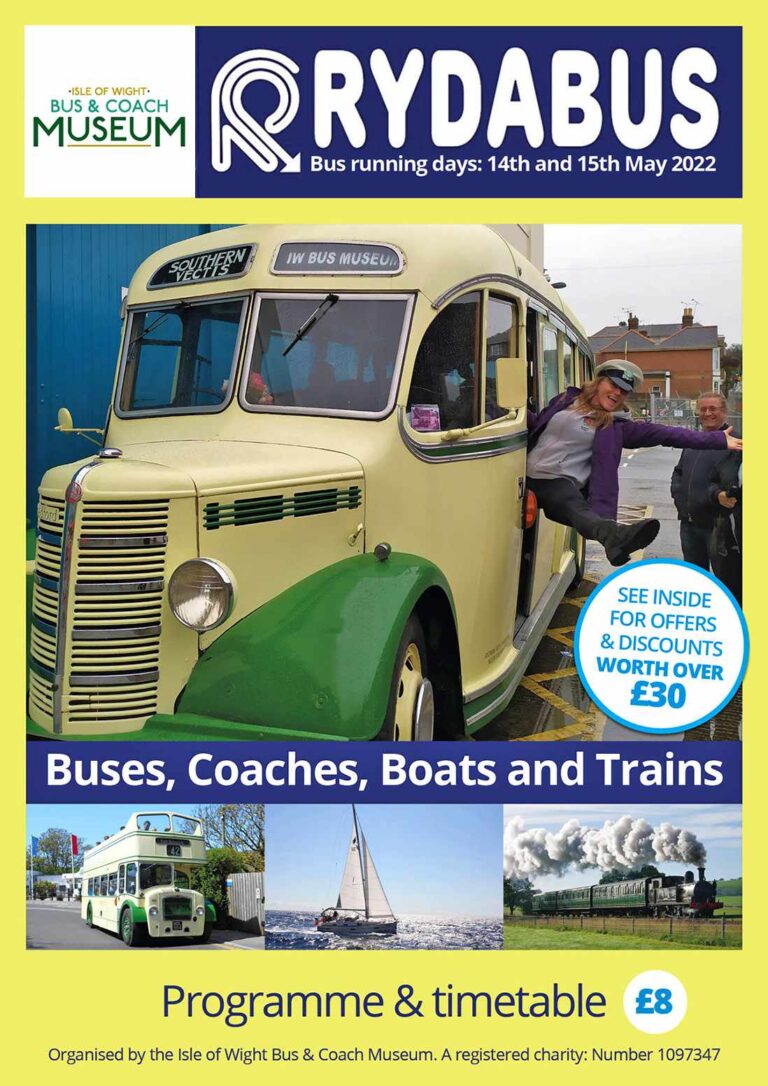 Covid scuppers Beer and Buses Weekend in 2021 The IW Bus Museum and IW CAMRA have announced that the Classic Buses, Beer and Walks Weekend,…

To try and maximise profit in the  museum shop and to avoid tying up funds in lots of stock, we welcome donations of suitable transport related…