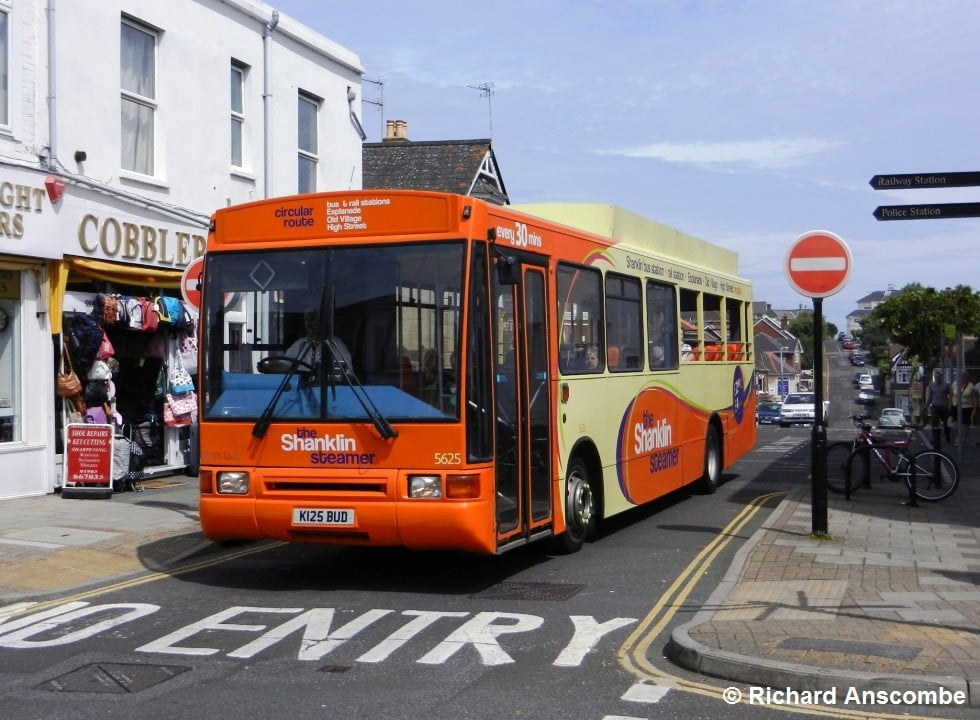 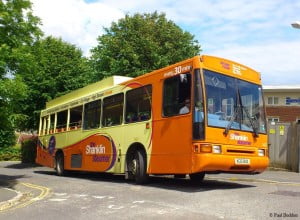 Fleet number 5625 (K125BUD), now known as The Shanklin Steamer, was part of a batch of Volvo B10B buses with Northern Counties Paladin bodies new to London General as its VN class. Our vehicle, when new, was originally numbered VN8 and registered (K8KLL), along with its sisters, it was a dual-door 40 seat bus.

In London, it carried a predominantly red livery and branding for route 88 ‘Clapham Omnibus’, operating between Clapham Common and Oxford Circus. It was allocated to Stockwell Garage.

Along with the rest of the batch, VN8 was withdrawn at Easter 1997, allegedly because of problems caused by the long rear end overhangs on part of the route and was sold, with the remainder of the batch, to the Oxford Bus Company. In Oxford the B10B’s fleet number became 651 and it was re-registered K125BUD

In December  2005, the bus moved again to Solent Blue Line, within the Go-Ahead group of companies. Oxford Bus Company rebuilt the bus to single door before transfer and ironically, it came to the Isle of Wight for repaint into blue livery at Sandown before entering service back at SBL, in Eastleigh as No 625.

Following a short spell with Marchwood Motorways, it was transferred again, within group, to Southern Vectis for school duties, also working service 25 (Newport to East Cowes). 625 was converted at Newport Depot to its current configuration during the 2010/1 Winter, its sliding roof section coming from scrap sister vehicle K122BUD, which was broken for this at Ryde depot. It entered service in July 2011 as The Shanklin Steamer and was re-numbered 5625 in April 2012, at the end of the 2014 season, the bus was withdrawn, though remained serviceable. It was entered by Southern Vectis to participate at the 2014 Beer & Buses event and subsequently it was most generously presented to the Isle of Wight Bus & Coach Museum by Go South Coast.

We use cookies to ensure that we give you the best experience on our website. If you continue to use this site we will assume that you are happy with our cookie policy.OkRead more