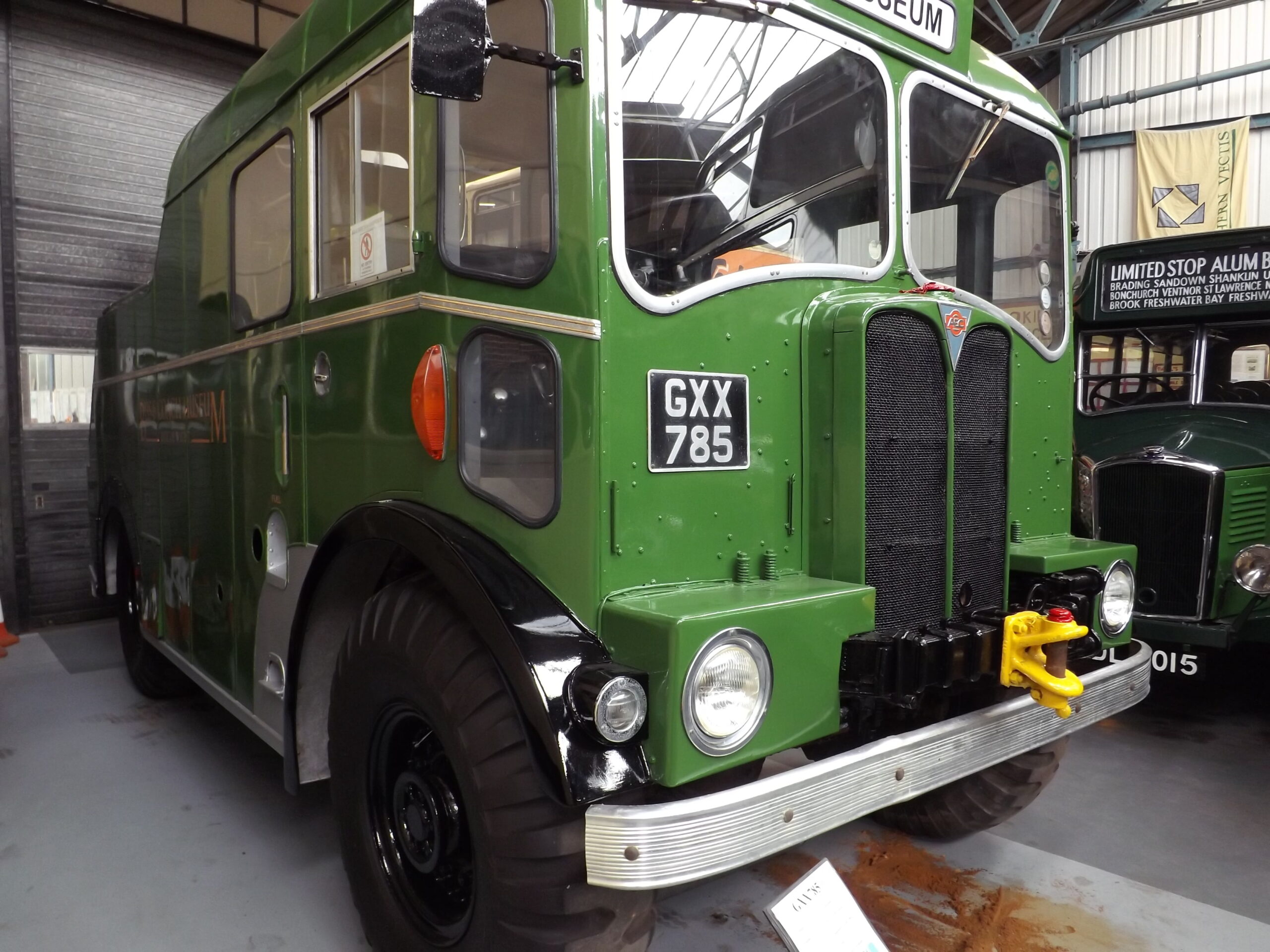 GXX 785 originated with the Ministry of Supply and was of the standard design produced for military use in wartime, although it was not registered until several months after World War 2 had ended. It is believed to have been used by the Civil Defence until sold to North’s, the major Yorkshire bus dealer located at Sherburn-in-Elmet who resold it to Southern Vectis in December 1963 for £900. A new wooden framed body utilising many bus components was constructed in the Nelson Road (Newport) Central Works in the following year and the AEC was painted in full Tilling green livery before entering service as a replacement for the previous 004 wrecker, an ex. Army Canadian Ford which still survives on the Island restored as a military gun tractor.

GXX is powered by an AEC diesel engine coupled to a 4-speed “crash” gearbox with high and low ratios and both 2 and 4 wheel drive. Manually operated crane winches are fitted as well as 3 different towing eyes. Over the years, GXX (carrying trade plates 083 DL) hauled a good few immobilised buses and coaches from locations around the Island. In the NBC era, it was repainted in overall yellow, the standard livery for service vehicles. It continued in service until 1986 when a replacement recovery vehicle in the form of a 1977 ERF took over. GXX was sold for preservation to Richard Harverson of Horsham who had the vehicle repainted in Tilling green by the SVOC paint shop before taking delivery. Its final duty for Southern Vectis was to rescue its successor from a tricky situation at Apse Corner where a bus had left the road. Although it reverted to commercial use in June 1993 when it passed to Classic Coaches of High Wycombe, GXX was back in preservation, with the Dewsbury Bus Museum, by 2000. It was offered to the Island’s Bus Museum and was collected from North Yorkshire after purchase in July, 2001. Since then it had proved a useful vehicle in towing immobile museum vehicles, although sustained a failure which necessitated fitment of a replacement engine early in 2006. The vehicle was repainted in Tilling Green in May 2017. 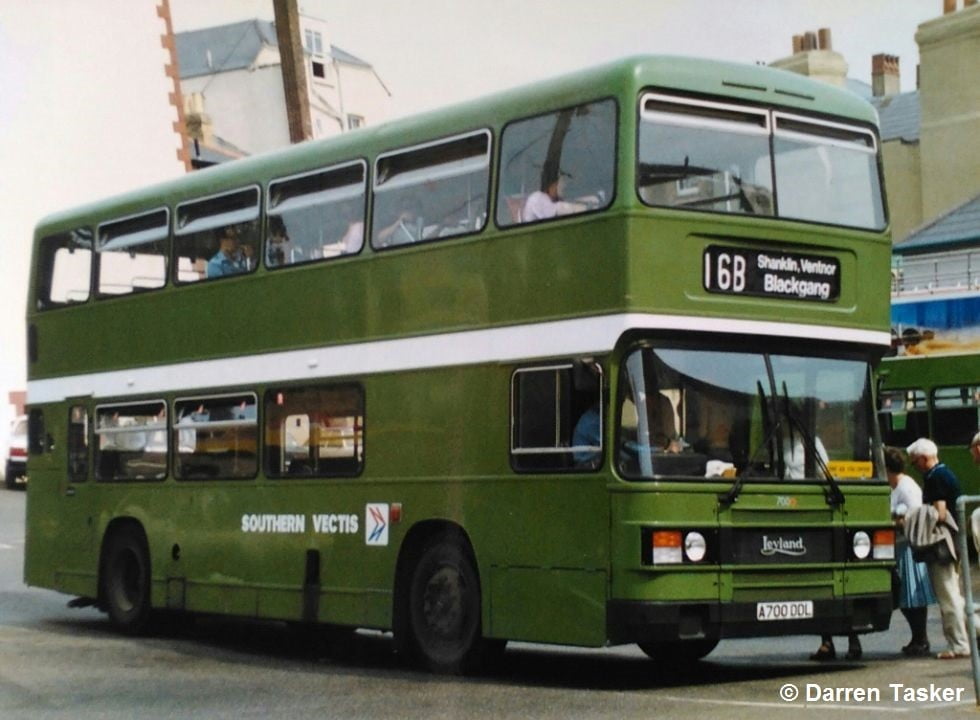 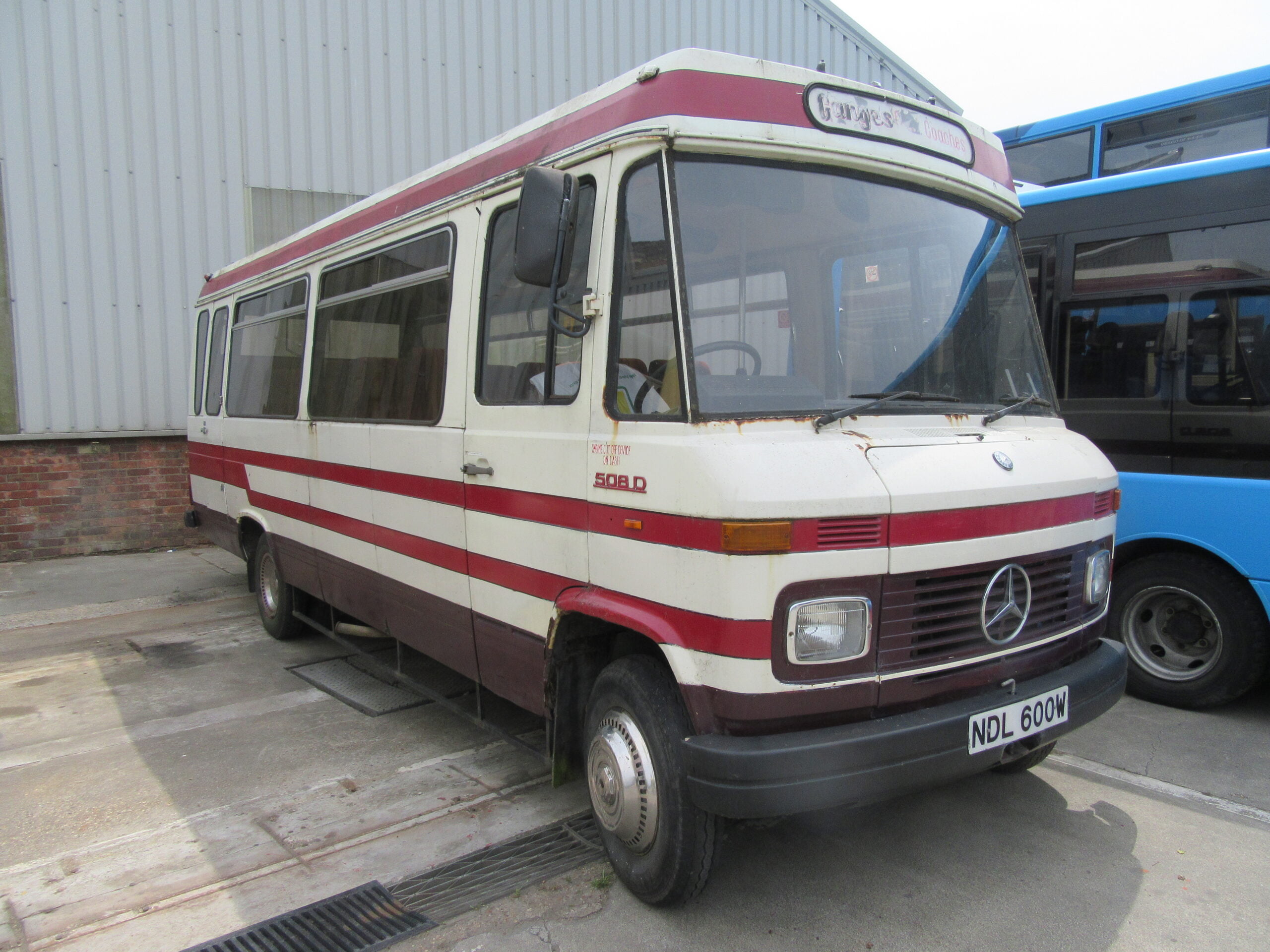 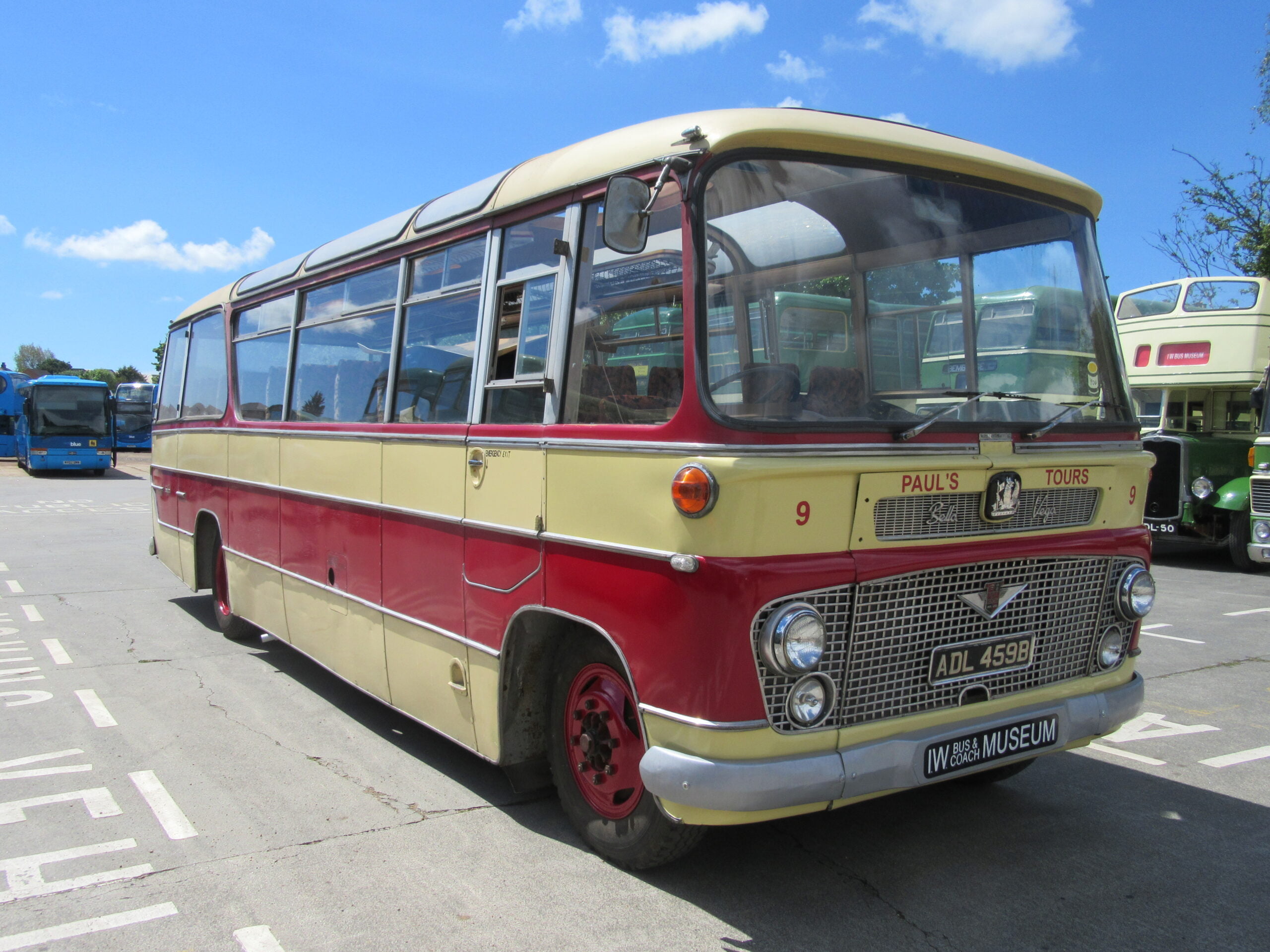 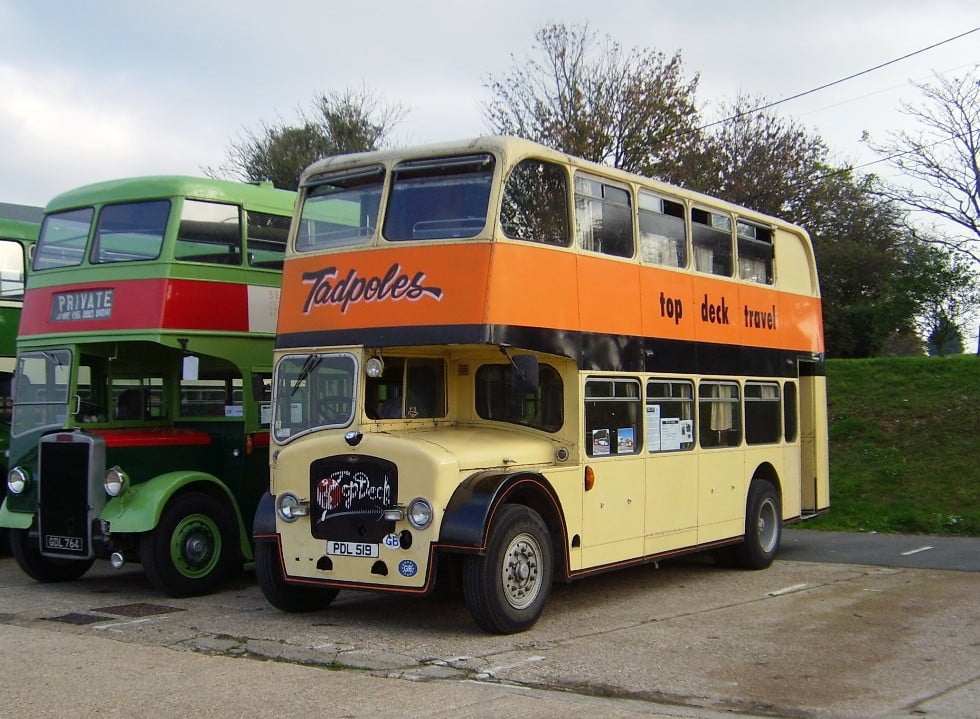 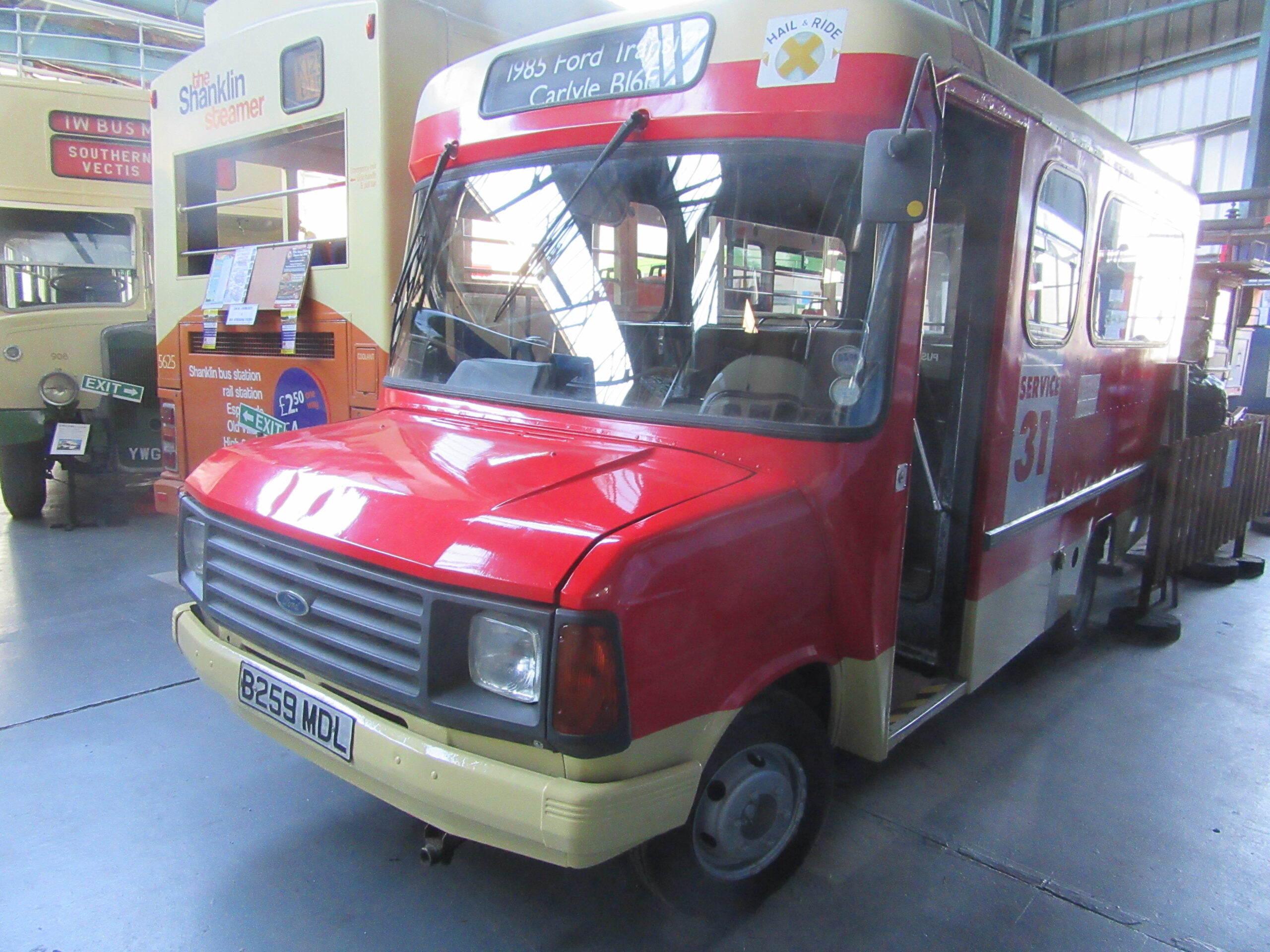 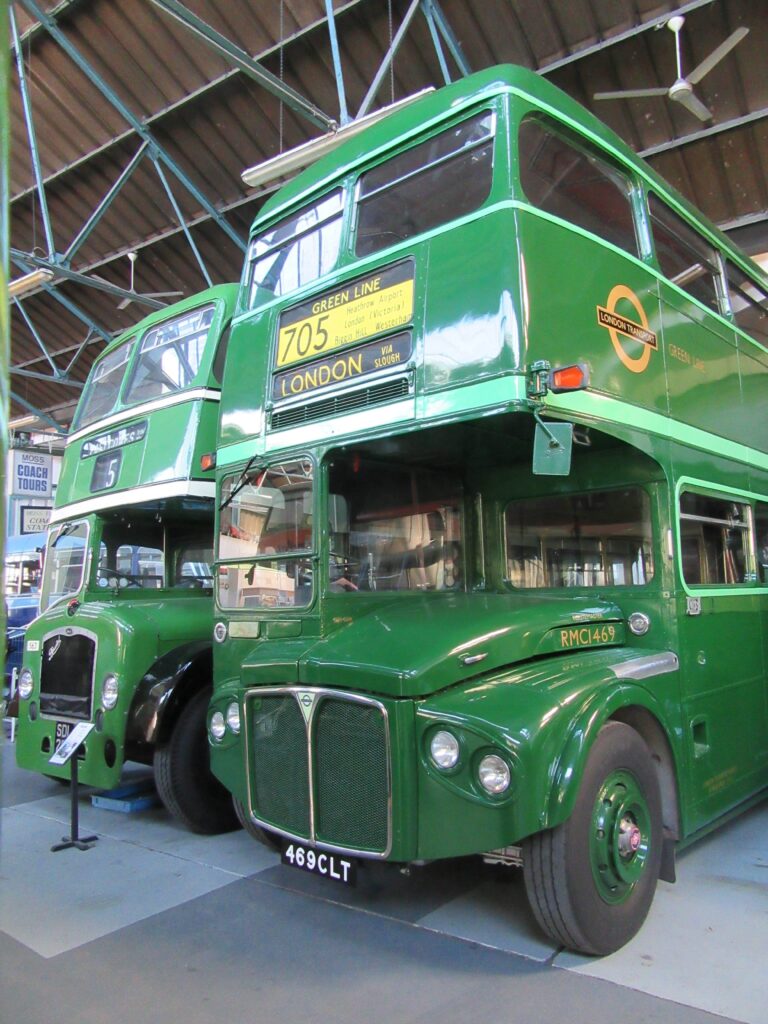